Publication of defamatory comments on social media - grin and bear it?

Court cases of defamation occurring in social media are increasing every year. Social media is a highly effective method of communication but the open nature of the medium means that it is used for negative as well as positive social purposes.

For a legal claim in defamation to be successful, you need to be able to prove that a published communication either negatively affects your reputation, lowers your estimation in the opinion of other people or causes you to be avoided or shunned by other people. "A communication" can be verbal, written, a picture or even an artwork.

A recent case which was successfully prosecuted for defamation because of a Facebook post involved a post which identified a man by name and said he "gets his kicks out of intimidating, bullying and threatening women" amongst other things.

The court found that the post was defamatory and that the man was entitled to an award of damages (including aggravated damages) of $35,000.

An apology and/or a retraction and damages are the remedies or solutions that are generally imposed for communications that are defamatory. The purpose of the remedy is to repair the harm done to a person's reputation and consolation for the personal distress and hurt caused to the person.

The distress and hurt caused to you by a defamatory post can be magnified by the "grapevine effect". Long before the advent of social media, Lord Atkin eloquently described the grapevine effect in 1935 in the case of Ley v Hamilton:

“It is impossible to track the scandal, to know what quarters the poison may reach: it is impossible to weigh at all closely the compensation which will recompense a man or a woman for the insult offered or the pain of a false accusation".

However, the Defamation Act 2005 (NSW) does not accommodate all feelings of personal distress and hurt. It will depend very much on the nature of what is published - whether it is trivial, the number of people it is published to (including the grapevine effect) and the harm sustained by the defamed person. It will also depend on whether or not the person who defamed you can claim that it was substantially true or justified or an honest opinion.

How do "shock jocks" like Alan Jones or Ray Hadley get away with it?

They don’t always. When they are successfully prosecuted, it costs them or their employer substantial amounts of money – partly because they are publishing their comments to a very wide audience. So, why do they keep defaming people? In the case of "shock jocks", it often serves their reputation and so it can increase or consolidate their audience share.

Taking legal action for defamation is courageous and, when successfully prosecuted, it may serve to rectify the wrong done by requiring the person who has published the falsehood to print an apology or pay damages, but, it can also give more oxygen to the event and cause it to be more widely published. The legal action itself can also exacerbate the hurt caused in the first place. So, sometimes the old adage of "grin and bear it" is sometimes the most effective response because it does not oxygenate the communication. 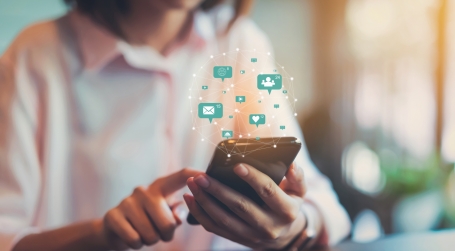